I've always felt like my Mom and I had a special connection. I'm sure all of my siblings could say the same. When I was young I thought we were united somehow because our names were so similar. When people would call we would have to say "Do you want to talk to KarEN or KarA?"Overly emphasizing the endings of our names in a way that I'm sure totally annoyed the people on the other end. I know for a fact that I was named purely because my mom liked it and not because she wanted to pass on her name. But, being the selfish self-involved person that I am, sometimes I pretend it's the other way around. 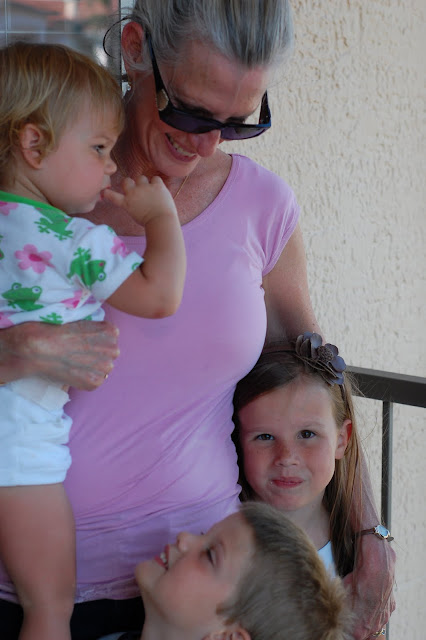 She is an incredible woman, truly. She was made and built to be a Mother and Grandmother. She listens when you talk, hugs you when you need it the most, and tells you that you can do anything. She wiped tears, motivated me to practice the piano (or, unfortunately for her, the oboe), and spent late nights helping me glue, tape, and draw for a project due the next morning. 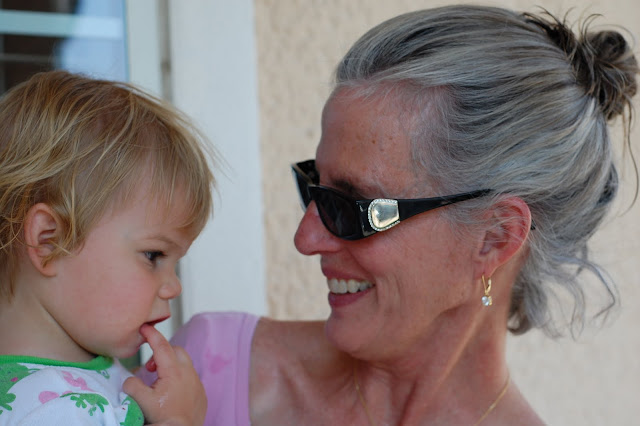 She was always there for me. Always. She attended every game, every miserable 6th grade band concert, every play. She believed in me when others didn't. She let me make my own decisions and then talked things through with me when those choices didn't pan out. 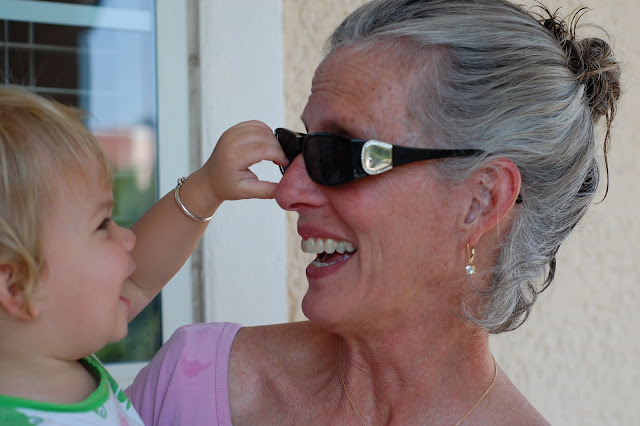 She didn't laugh when I told her that I wanted to be in a Josh Groban music video. She watched FRIENDS with me, kept the fridge stocked with sodas, and occasionally gave in when I begged to go to McDonald's after school.

As I've gotten older I have learned to truly respect and look up to my Mother for the person that she is. She was and is so good for me. We've stretched and grown together. And there is no better feeling in the world than seeing her love Grace just like she loves her own kids. And, for the record, I'm keeping my fingers tightly crossed that I can look just like her when I'm her age. Seriously, the woman has aged well.

It doesn't seem like a coincidence that she flew in to Texas on that same day of this picture assignment.

Day 9: Someone You Love 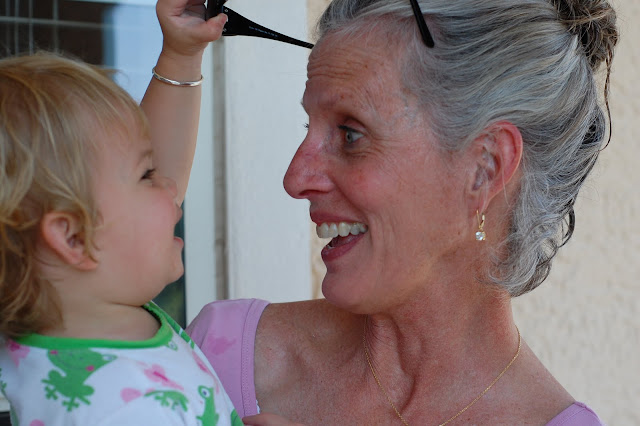 I love you too, Kara. Thanks for such a nice post. And, FYI, I really did name you after me. I do appreciate you saying I've aged well. After seeing those pictures of me I can't believe how gray I have become. Sigh.

What a sweet tribute! I think you'll really treasure those pictures too.

Well stated in photos and loving words. I concur completely. Treat her well while in Texas. See all y'all at the beach soon.

What a sweet post about your mom. This post made me tear-up a little bit. Moms are the best!