After weeks of unemployment, and what seems like 4 bizillion resumes, i finally got a Job! I randomly made a profile for an online nanny agency and then forgot about it. A few people contacted me and i had some interviews. There was one family in particular that stuck out to me. They were really laid back and really easy to get along with. They called me back for a work interview just to see how i did with their baby. Today they called me and offered me the job!! So i will be nannying a 3 month old baby 5 days a week. I think its safe to say that i have the best job on the planet. I'm so excited!!
Posted by Kara at 10:30 PM 5 comments:

In the midst of Aaron being out of town and me doing this: 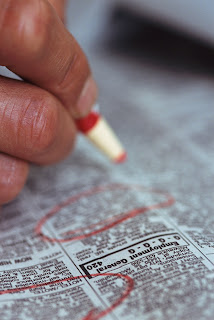 I got a call from my sister. She said that one of my Dad's employee's had been let go and they were short a person at the front desk. She joked with my mom that they should fly me out for the week to help out since i still don't have a job and since Aaron is out of town. They ended up looking at flights just to see what was out there and they came across a Virgin America flight from San Fransisco to D.C., non-stop, leaving the next day for only $300 dollars. They booked it and on Friday it was a mad dash to get my things together. Thank heavens for Diana who helped me get ready and drove me to the airport at 6:00 in the morning on Saturday. 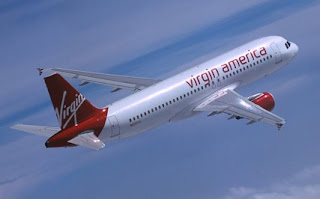 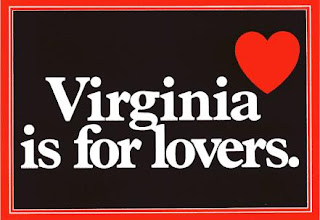 It was a really interesting vacation because i worked at my Dad's office during the day. But i had a lot of fun working with some of my favorite people all week. The best part is that i got to spend the week with my family which cured my husbandless blues. I have the best parents on the planet. Thank you so much for flying me out i had so much fun being home.

I flew back home on friday morning and Aaron flew back from Arizona on Friday night. The jet lag was killer but things have settled down and we're back on a normal schedule. Aaron is back at work and i'm still on the hunt for a job
Posted by Kara at 3:59 PM 3 comments:

Yesterday this stud muffin had to leave for New Hire Training. He'll be in Arizona for TWO WEEKS! So now i'm without a husband in this unfimiliar and extremely hot state(insert feelings of sympathy here). I don't like being husbandless. Hurry home babe. 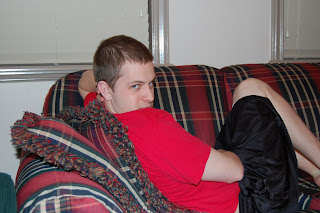 P.S. I may or may not be feeling lonely so perhaps you should call or come hang out with me. Or if you're feeling extra generous you could get me a job, that would be awesome. Thanks .
Posted by Kara at 6:43 PM 4 comments:

I got to go here today with my friend Diana. It was exactly what i needed. It is even more beautiful in person and you can see downtown Oakland and Downtown San Francisco. 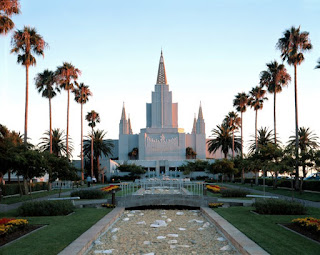 P.S. Sorry my last post was such a downer. I will have to say though that not being employed has worked wonders for my blog!
Posted by Kara at 11:41 PM 4 comments:

Some Firsts and Unemployment

There have been a couple of firsts that have occurred the last few days. The main one being that Aaron had his first day at work on Tuesday. Doesn't he look fine in his dressy casual garb? You have to pay for parking downtown so i drove Aaron and his friend Cort (another audit guy for Deloitte) to the office for their first day. I felt very mom like and even included key mom phrases like "Have fun on your first day," and "I'll pick you up right here at around 5." Good times. 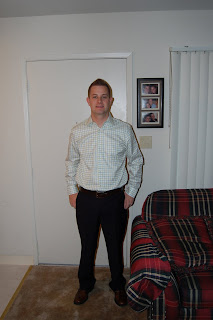 The second "First" that occurred was that i had my first job interview for a Dental Assistant position. It was a relatively normal interview and i was thinking that if the lady offered the job right then and there that i would say yes. Then the weird stuff started coming out. She said that she wasn't only a dentist but was also an orthodontist, a TMJ specialist, a chiropractor, and something else that involved curing people of infections (lung, ear, etc.). Big red flags started going off in my head as to why on earth a dentist would need to have a million specialties. The best part was that she wanted me to learn and assist on all her other specialties so i would have to learn all the weird witch doctor procedures. She then showed me the office which was small but pretty standard for a dentists office (minus the room filled with herbal supplements). She then tells me that i would have to work every other Saturday and that the office switches back and forth from two different offices. Thankfully there were a few other people applying for the job so i didn't feel the need to reject her right then and there.

That same night i got and email from the dentist lady saying that she really liked me and that she wanted me to come in for a work interview and she would pay me 12 dollars an hour. I figured that maybe i needed to give this lady a second chance mostly due to the fact that no one else had responded to the other resumes i sent out, and i would be getting paid even if i didn't get the job. So yesterday i woke up bright an early and headed out to her office. It was a nightmare. I was the only assistant so there wasn't anyone around to tell me where stuff was located or how the office functioned. The place was extremely disorganized and the few procedures they knew how to do were the complete opposite from what i learned at my dad's office. Not to mention the fact that 95% of the patients were ortho patients (meaning they had braces that the witch doctor put on) so right then and there i had to learn how to assist on something i've never done before. I was doing a million things all at the same time and was counting down the hours until i got to go home. The best part of the day had to be when i was assisting and i had to listen to this lady advising patients on holistic things like telling them that they would feel better if their pH levels were more in balance, that having your jaw in the right spot boosts the immune system, and they she could cure any person from an allergy that they have (like if you're allergic to cats). She even let slip that walking in flat shoes is bad for you and that she doesn't believe in arch support. I didn't know arch support was a belief.

Thankfully the day ended and i was 100% sure that i didn't want the job. The lady gave me my check, asked my what i thought about the office (my response was definitely not what i really thought about it), and i left, practically running for my car. She was going to interview someone the next day after me, then she would get back to me. Later that night i decided that i better tell her that i don't want the job so that she didn't eliminate the other person if she liked me better and then had me not take the job.

The moral of the story is that looking for a job sucks. The one person who responds to my resume ends up being extremely strange, and all the other resumes that i have sent out (12 to be exact) i've gotten one rejection, and all of the other people haven't responded. I understand that i have a limited amount of Dental Assistant experience, but i have sent my resume out to other places for different positions like an admin assistant and receptionist jobs. Since when does having a college education mean absolutely nothing. Ugh, i'm extremely frustrated and i'm thinking that maybe i should just suck it up and work at Costco, at least i could get a discount there. Sorry i'm venting, i guess i had too many expectations about finding a job. I figured that as long as i had a college degree that anyone would hire me but i'm starting to learn that that isn't the case.

On a final note, I applied for this job that i thought would be perfect for me because it involved Sociological type stuff and it actually looked interesting and challenging. I couldn't find too much information on the job but i applied after reading the little paragraph about the job at the top of the application. A few hours later i was on the same search engine when i realized that if you clicked on the job title itself it would tell you what the qualifications were for each position. I went back to the job that i had already applied to and realized that you needed to have a law degree in order to be considered for the position. I definitely won't be getting a call back from them!
Posted by Kara at 11:39 AM 5 comments:

We have officially been in San Jose for more than a week. I still think its weird that we actually live here but we really like it so far. People are extremely nice around here, its almost startled me a few times with people waving or being really helpful. Maybe it has something to do with the weather out here, which has been beautiful everyday except last Wednesday where i felt like i was going to internally combust from the heat.

We have spent the last week unpacking, organizing, shopping, and sitting for hours at the DMV. Things have finally started to settle down and all of our boxes are officially unpacked so i thought it would be a good time to take a few pictures of our apartment.

The front door (Please notice the squirrel in the window, we are so WT) 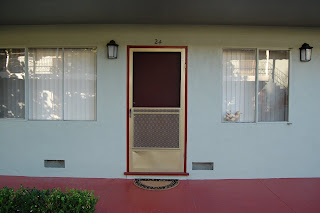 The living room. Aaron built the two shelves from Ikea, he's not just an accountant my friends. 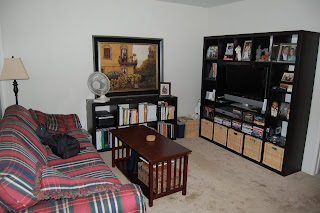 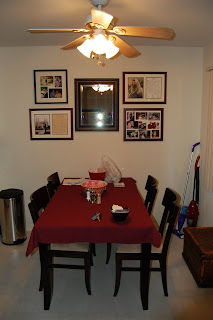 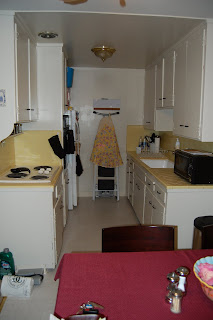 The bedroom. Sorry the angle of this picture is kind of awkward, but the room is actually bigger than it appears. 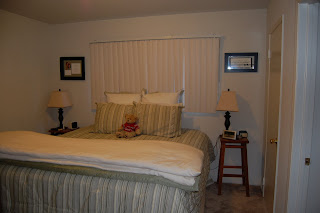 I hope you enjoyed the tour, it would be better appreciated if you could see it first hand... so you should come and visit!
Posted by Kara at 11:19 AM 4 comments: