The snow carried over from Christmas eve and everything outside was covered in a beautiful blanket of white. It made the whole house seem cozier. Shockingly we were some of the last people to wake up that day. Both kids slept in until 8. We were able to keep the kiddos (and by kiddos I mean Grace) away from the Christmas tree so I could snap a few pictures and attempt to dry the shirt that Grace was supposed to wear that morning (it never dried). 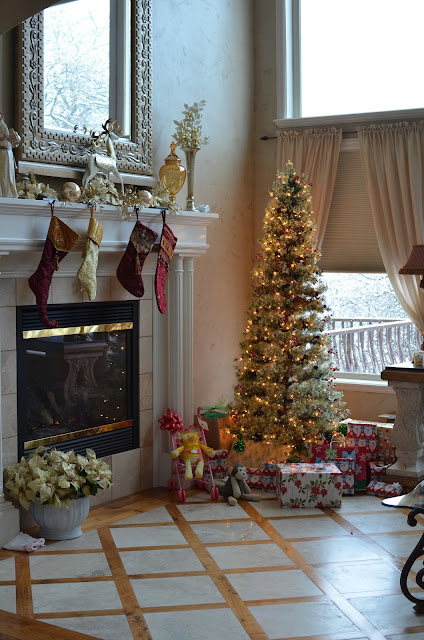 Christian waited things out in the arms of Papa 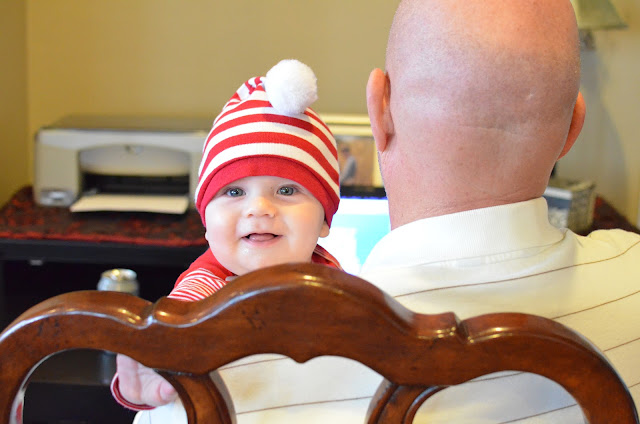 Before we headed to the tree, we checked out the plate of goodies that we left out for Santa. Not only was most of it consumed but Santa himself even left a little note. 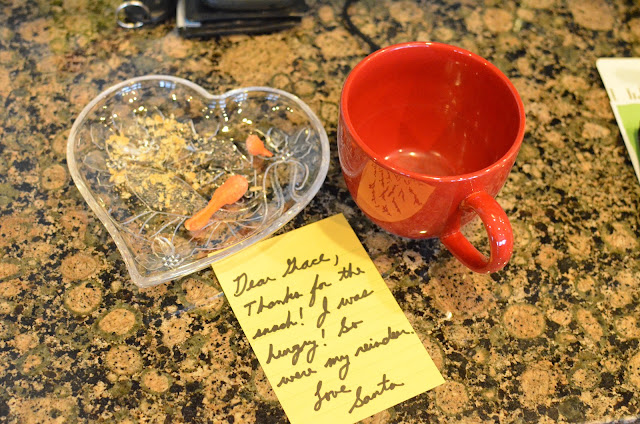 Grace couldn't contain herself as Grandee read the note. 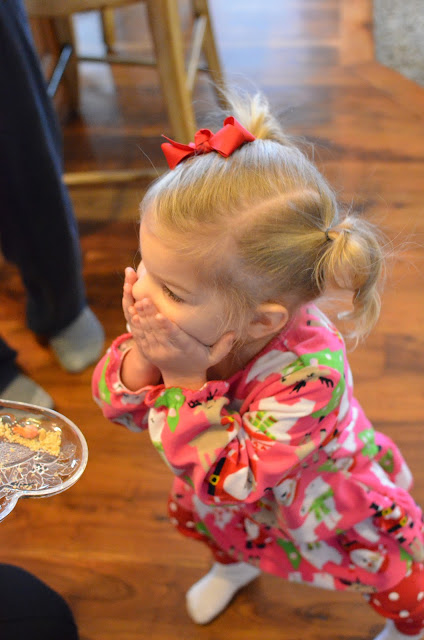 Then, finally, the moment came. The moment that all Moms think about when their kids are old enough to experience the magic of Christmas morning. The moment that their children recognize and honestly believe that all the pristinely wrapped gifts and toys under the tree were placed there by a jolly old man with a fleet of reindeer. And this year, it was a great moment. 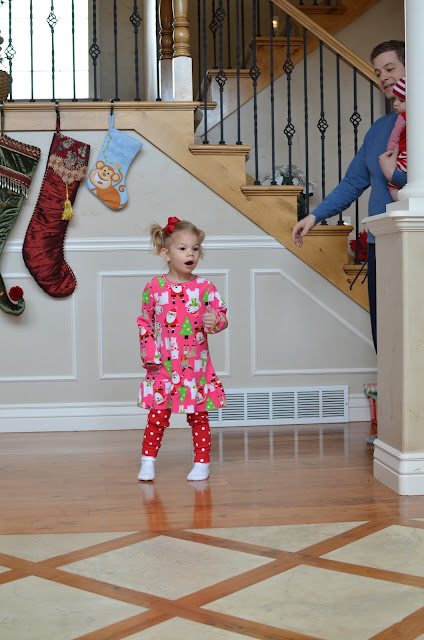 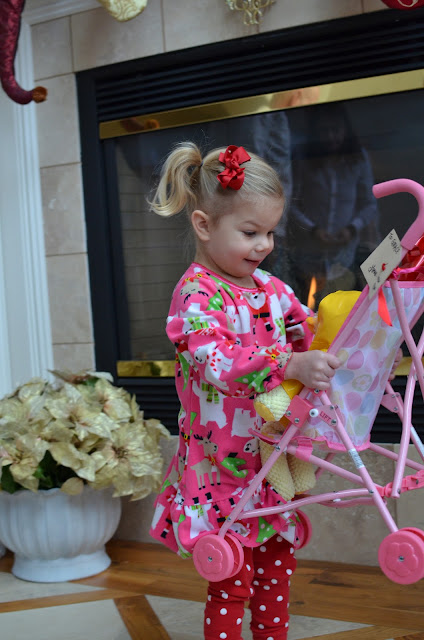 Christian even got in on the fun. 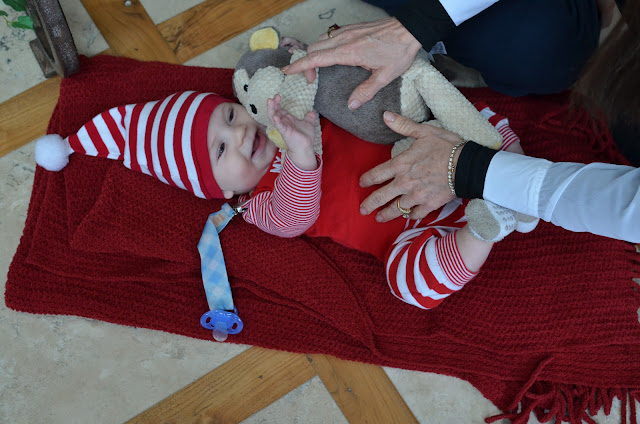 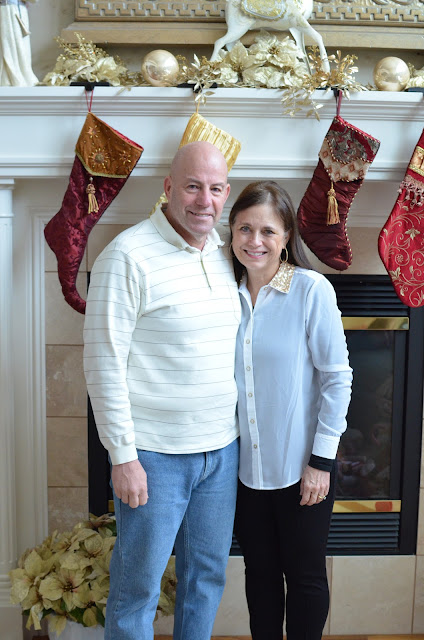 Then we commenced with gift opening. 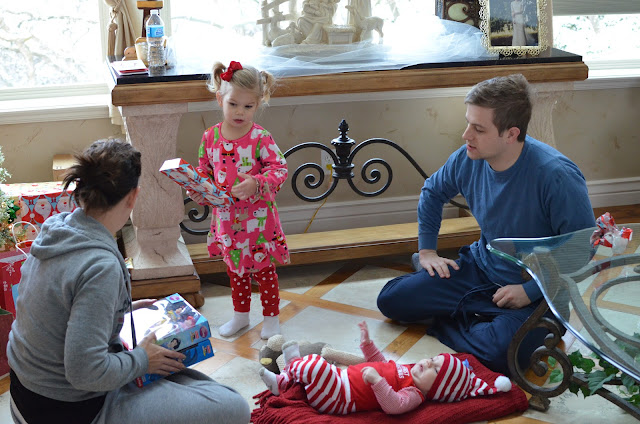 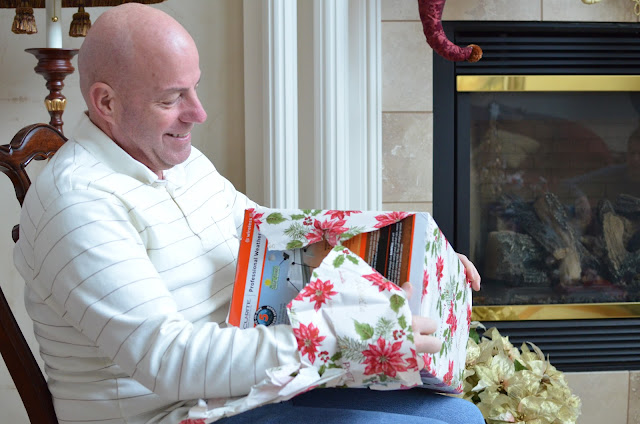 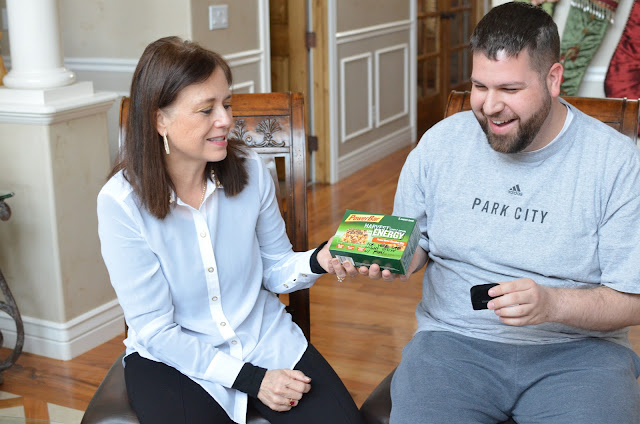 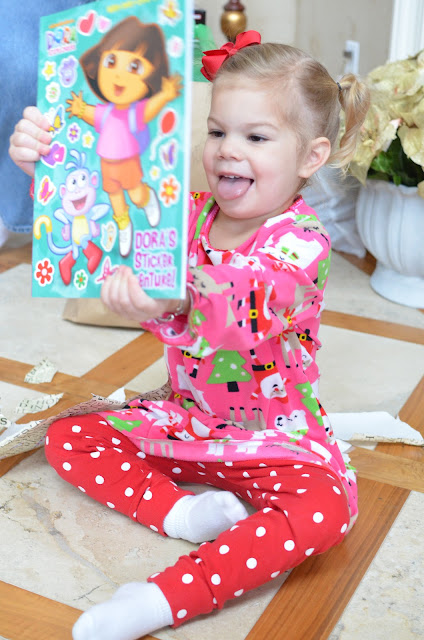 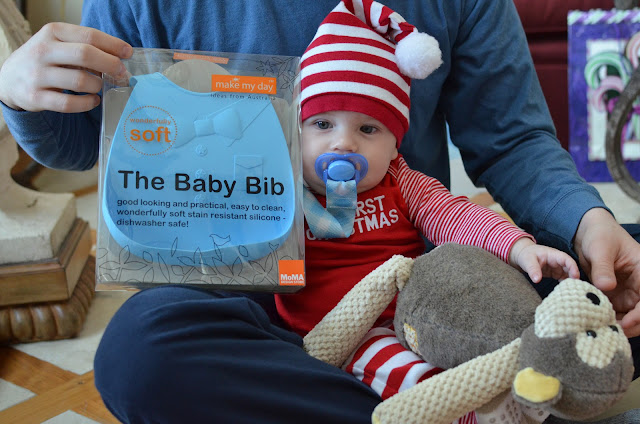 Grace was in heaven with all of the new toys, and the ones that Christian got she basically viewed as her own. She played the rest of the day lost in a world of her own imagination, and one involving pushing any, and every, thing should could in her new stroller.

After the kids went down for their naps, Aaron and I began the process of preparing our very first Christmas dinner. Glazed ham, twice baked potatoes, mixed steamed veggies, and a pretzel cream cheese jello. It took us the rest of the day to put together, and despite our best efforts we somehow completely screwed up the jello dish and it remained in its liquid state until we threw it out the next day. Christmas dinner probably wasn't the best time for us to make jello for the first time in our lives. Despite the epic fail of the jello everything turned out well and we ended the night being full, fat, and happy.
Posted by Kara at 1:58 PM