A long time ago, back when I was horrifically sleep deprived and adjusting to two kids, I promised myself that I would write about my struggles with nursing Christian. Although those struggles have passed, I want to keep true to my promise and give the history. I always falsely assumed that nursing was a no-brainer, simple as pie, an A+B=C equation, however after 4 months of nursing Christian, I learned that it isn't so simple.

Nursing CCB was an uphill battle from day one. Since he was "tongue tied" his ability to nurse wasn't top notch and he had a very limited range of motion with his tongue. I was given a lot of different tips and tricks in the hospital of how to handle the situation. Informed of the pain it would cause me, and the excessive importance of getting a more-than-proper latch. His nursing wasn't perfect, but I was all hopped up on post-birth hormones and melting into a heavenly puddle as I snuggled Christian all the live-long day, so I didn't mind. We had an appointment scheduled in a week to get his frenulum clipped, and I wasn't too worried about it. 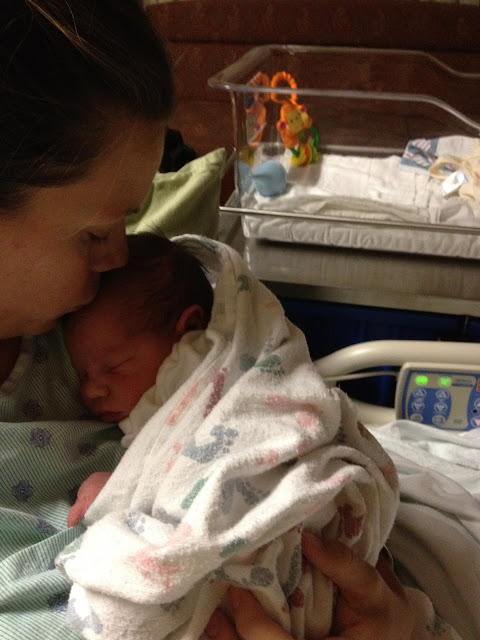 My milk came in with a vengeance, think mack truck driving full force into your chest. The days preceding Christian's appointment were full of nursing, pumping, and unfortunately the excruciating pain that the nurses warned me about. On one side it felt like daggers were lit on fire and were stabbing me. I remember squeezing Aaron's hand as tears shot out the sides of my eyes, since they were shut as tight as humanly possible. After a few rounds of that I said "Shine this," and we introduced Christian to the bottle. With my overly plentiful milk supply I had a fridge stocked with frozen milk ready for the using. 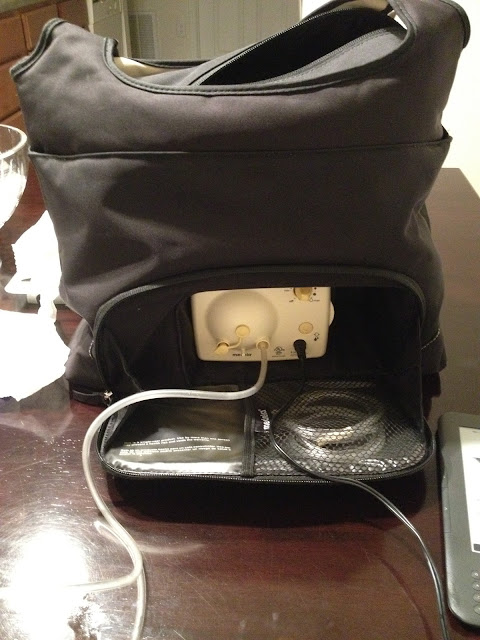 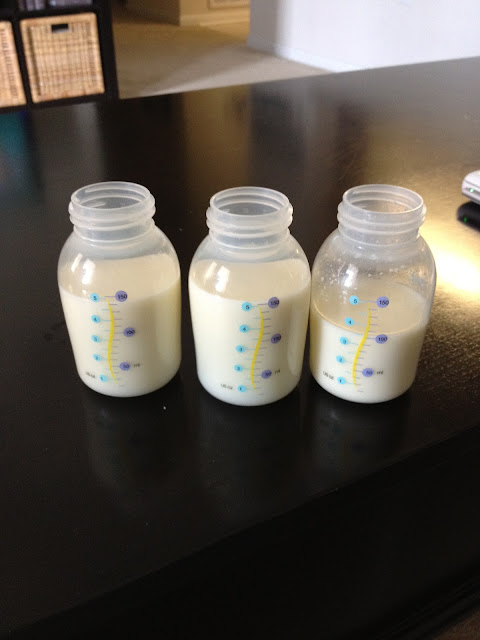 After a week, his frenulum was successfully clipped. I was still recovering from the damage done from earlier nursing so I nursed on one side only and bottled fed when necessary. I continued pumping since my milk supply had yet to back off. I pumped multiple times a day and once I recovered I nursed every feeding. I felt really uncomfortable if I didn't pump, and I didn't mind building up a frozen milk supply.

Nursing tiny babies is always an undertaking. You have to position the baby right, get the latch right, keep them awake, and make sure they are eating enough. I always found the "keeping the baby awake," to be the hardest part. Whenever we had to go out, I always defrosted milk for a bottle just for ease.

I don't remember a lot of the specific events but after Christian was a few weeks old to him being 4 months, nursing went downhill pretty fast. I would nurse him and he'd eat great for 2-3 minutes then promptly pull back and scream. His body would writhe and then he'd try to nurse again. I'd burp him for a few minutes and attempt to nurse him again, he'd scream, and repeat for 15-20 minutes or however long I could get him to "nurse." It was awful. When he woke up and wanted to eat I'd feel a little bit of dread, "I have to do this process all over again." During his late night feedings he was peaceful and ate well. I relished in those moments. It was a wonderful bond and connection, and at the end of it he drifted dreamily back to sleep. It was so different than during the day where I would literally bounce on the couch for 20 minutes straight, sweat beading on my forehead as I coaxed my unhappy hungry child to eat. I often wondered to myself, "Do people really have positive nursing experiences? Is it ever a wonderful and beautiful thing?" 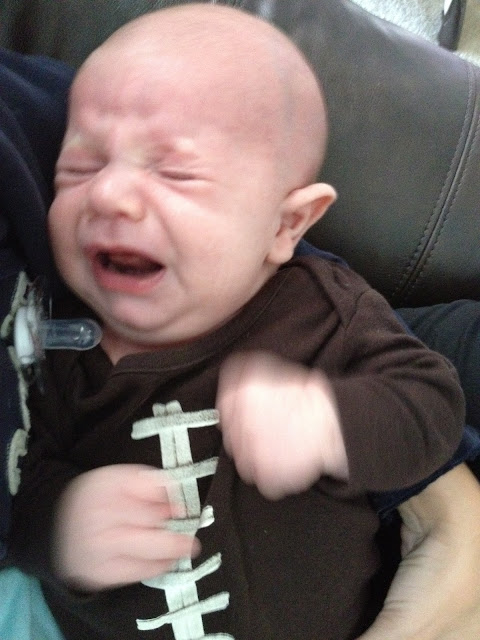 My "Aha Moment" came when we were driving home from Houston with my parents. Over the vacation I pumped a lot and bottle fed Christian because we were going here, there, and everywhere and I didn't have the stamina to deal with the nursing battle in public. However, on the drive home, Christian had already eaten the bottle I pumped for him earlier and he was hungry again. My pump didn't have a car adapter, so I decided to nurse him. My parents were in the front of the car and I was in the back wedged tightly between two car seats. We were in a parking lot, having just had dinner, and with my nursing cover in place I started the battle. 2 minutes went by in quiet blissful nursing fashion and then came the screaming. Inside the car the screaming was 10 times louder. Nurse, scream, burp, nurse, scream, scream, scream, burp. It was then that I realized- this wasn't normal, nor was this good. 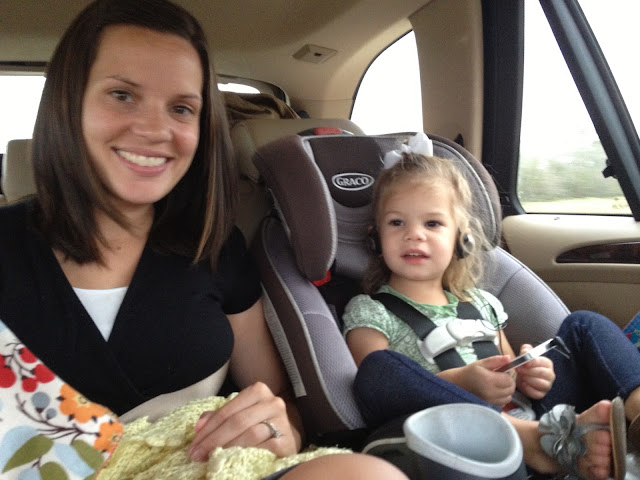 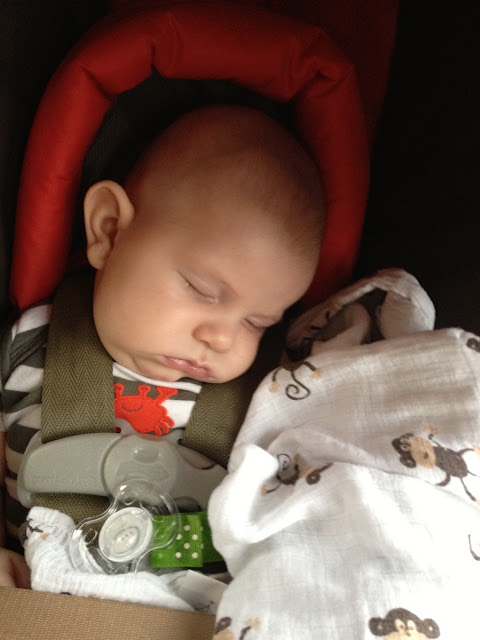 For a month I spent learning, researching, and trial-and-erroring, different nursing methods. My Mom and I had many a conversation about milk intolerance, and milk allergies. I talked to any and every nursing mother who would listen to me. Picking their brain constantly on what they thought and how I could alleviate the situation. Meanwhile the nurse/screaming continued. I cried in defeat every single day. I would get to the point where he would start to scream- so I would stop and pump (while he continued screaming) and then bottle feed him.  My downstairs neighbors banged on the ceiling a few times during those moments (my poor neighbors). I researched everything- milk allergies, nipple confusion, caffeine,  food intolerances, etc. I went off milk products for a few weeks. I was desperate. I really wanted to nurse, but my sanity was hanging by a thread and I was on the fence about which was more important to me: sanity or breastfeeding. My last ditch effort was to talk to a lactation consultant. If their advice couldn't help me, then I needed to close up shop and regain my mental stability.

I called the lactation group in the hospital where Christian was born. Over the phone I described what was going on. I laid it all out there with nothing but pure desperation in my voice. After my lengthy description of the situation, the consultant said, "It sounds like you're over-producing, and that you have a hard let down." I was baffled. I was always so concerned about losing my milk supply that I wasn't even aware I had too much of it. We talked some more and I thanked her profusely. I got back on my computer and researched my little heart out. Sure enough, just as the lactation consultant pointed out, all of the signs and symptoms babies experience from over producing mothers were the same signs and symptoms Christian was having. He was basically drowning in milk every time I tried to feed him, and with gasps for breath his stomach was getting full too fast and full of air. I read the tips and tricks to help alleviate the situation. 1.) Nurse on one side only (I had always been doing this) 2.) Cut the milk supply back, stop pumping (The pumping was telling my body to make twice as much as Christian needed) 3.) Position the baby upright to nurse to avoid the additional gravitational pull.

Nursing suddenly became doable. It was not flawless, but it started to fall into the "beautiful bonding experience" category. This was happening. I no longer cringed before feedings, I no longer cried in defeat daily, and Christian didn't have to scream anymore. 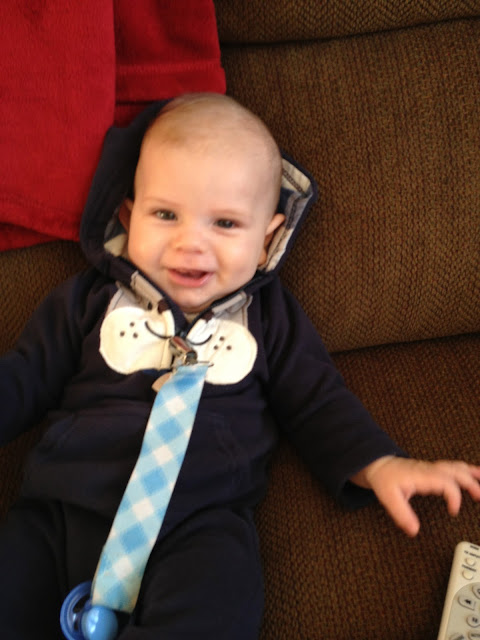 We fell into a predictable pattern and it was around this time that we introduced solids....which is where part 2 of the story comes into play.
Posted by Kara at 12:15 AM

Ugh, nursing. Glad it's figured out, this has been my first time ever enjoying nursing, the other times it was seriously torture. But after reading yours, I think I have a hard let down. Davis will just gulp and gulp and sometimes just start gasping for a minute or two and then he's fine again.

So glad you figured it out. It was torture with Tate, now she is addicted to boob.

Kara, so glad you got it figured out..what a relief! I had the same issue of over-production with my youngest who is now 11 months old, when he was about the same age and recognized a lot of what you described in Christian's eating habits. It's like the mams got the wrong memo and thought they were supposed to produce for triplets! I have seen a lac. consultant with every child. Even if the issues weren't so severe, it's always reassuring to get an "expert" opinion.

When I would have thrown the towel in and just decided to pump and bottle feed, you kept going-- good for you! Nursing is what I am dreading about this next baby, we shall see how it goes!

The picture of his bloody face breaks my heart. I'm sorry you had such an uphill battle with nursing Christian! You are a champ for pushing through though.